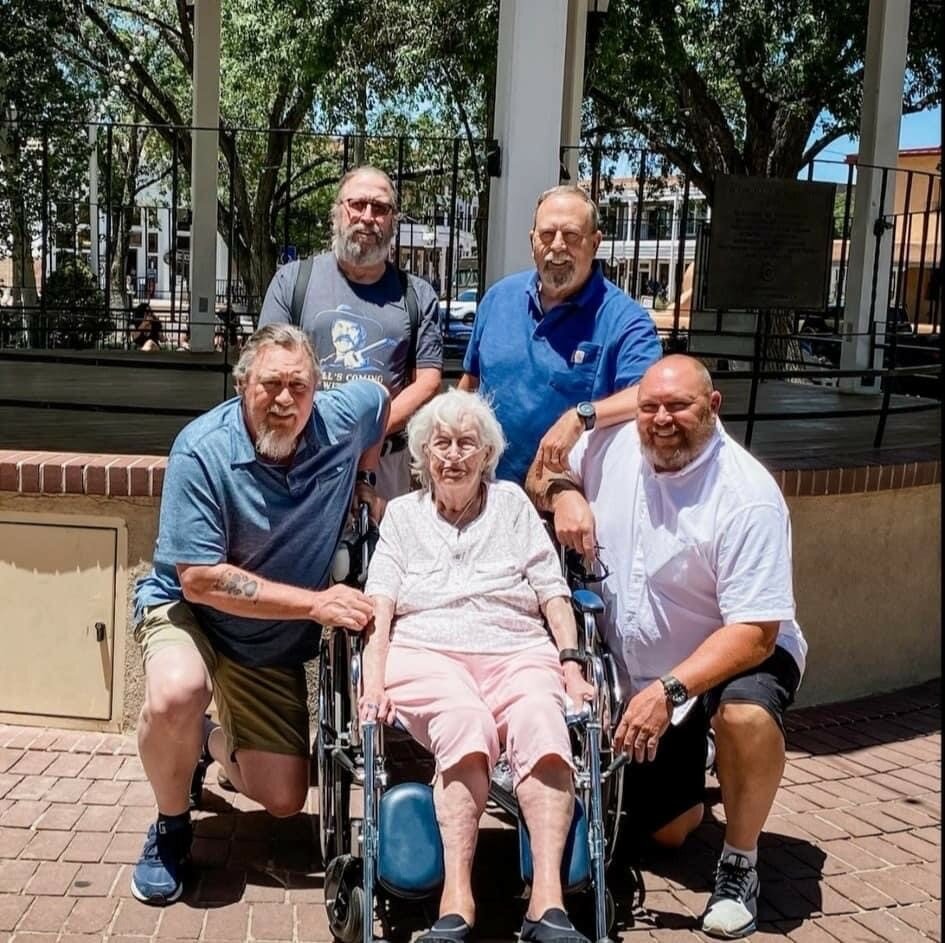 (Cornelia) Elizabeth Fuller Holder, 89, was the daughter of the late Captain Frank and Nellie Fuller. Libby, as she was known to most, was born on February 23, 1933 in Franklinton, NC and left us on December 9, 2022.

Libby went to high school at Franklinton High where she played basketball and met the love of her life, William L. Holder.  After graduation, she went to Rex nursing school in North Carolina, where she secretly married William (Bill) since students were not allowed to be married at the time.  After graduating from nursing school, she followed Bill and his job around the country.  Libby worked at Duke University Hospital, University of NM Hospital (BCMC), Montefiore Hospital in Pittsburgh PA among others.  She loved being a nurse and especially enjoyed working in the emergency room although she said it was very challenging and emotionally exhausting.

After retirement, Libby and Bill settled down in their hometown of Franklinton where she became an active member of the Franklinton Baptist Church where she attended bible school and would often teach class.  She became an axillary member of the American Legion and could be seen helping with their annual catfish fry.  Libby also joined the Red Hat Society where she made many friends.

Libby loved to travel and see new places.  She and Bill traveled to England, Germany, and the surrounding areas.  She loved the mountains and the hot air balloons of New Mexico and the beaches of North Carolina. No matter the road she travelled, it would be unusual for mom to turn down a good game of bridge or a good political argument.

She is preceded in death by her loving husband, William (Bill) Holder; Parents Captain Frank and Nellie Fuller and Sister, Martha (Puddin) Fuller.

As per Libby’s wishes, her ashes will be combined with Bill’s. Half of them will be scattered in the mountains of New Mexico and the remaining will be laid to rest in Franklinton on June 10, 2023.

To send flowers to the family or plant a tree in memory of Elizabeth Holder, please visit Tribute Store

Share Your Memory of
Elizabeth
Upload Your Memory View All Memories
Be the first to upload a memory!
Share A Memory
Send Flowers
Plant a Tree