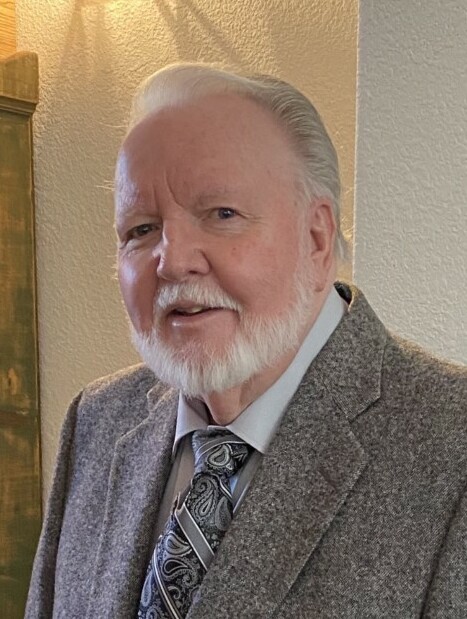 Howard L. Chappell, 78, entered into the presence of his Lord and Savior on January 3, 2023. He was a lifelong resident of Albuquerque, NM, born April 29, 1944, to Richard and Juanita Chappell. Howard was a graduate of Highland High School and served in the U.S. Army (1965-1967). He retired as a member of Sheet Metal Local 49 and was a long-time member of Tramway Community Church. Howard is survived by his wife of 54 years, Sandy; his daughter Jennifer (Peter) Luna; and brother Wayne (Jacky) Chappell. He was preceded in death by his parents; his sister, Marilyn Sampson; and his son, James Richard Chappell.  Howard’s hobby was his devotion to his loving granddaughters, Randi (Josh) Hedberg; Morgan (Justin) Tinnin; Shelby (Logan) Borzekofski; Makayla Luna; Maria (Riley) Schaeffer; Peyton Walker; and three great grandchildren, Corvin and Brook Borzekofski; and Jaxon Hedberg. He is also survived by nieces and nephews, Raylene Sampson, Andrew Chappell, Wayne Chappell, and Megan Chappell.  A memorial service will be held Monday, July 3, 2023, at Tramway Community Church followed by an interment at the National Cemetery in Santa Fe, NM.

To send flowers to the family or plant a tree in memory of Howard Chappell, please visit Tribute Store

Share Your Memory of
Howard
Upload Your Memory View All Memories
Be the first to upload a memory!
Share A Memory
Send Flowers
Plant a Tree